Some of my toughest opponents are babies. Not the adult crybaby versions - bring those guys on any time. I'm talking about the cute and cuddly bundles of wetness. Babies, man.

​Make no mistake about it. Behind those rolls of pudgy cuteness are ruthless narcissists out to ruin your schedule and your outfit at any given opportunity.

They will sense whenever you're about to sit down to eat, or take an important phone call, or when you've just put on a new pair of pants. Even from the deepest swaddled depths of sleep these tubbaly wubbalies will use their extra baby sense to pick up on those times, when you simply don't have any to spare yourself.

Like sharks smelling a seal pup with a hang nail off the Australian reef miles away, babies can sniff out freshly laundered clothing.

Which brings me to a recent morning's events: My lovely wife was waiting in the car at the end of the road to give me a lift to the train after having dropped off most of the kids for school. Most, but not all. Still with her in the car was my opponent. Our new addition (Thank the Lord), deceptively dangerous like a baby ninja, and not yet three weeks old.

Apparently he had just been fed and I was to sit with him in the back seat, burp him and secure him, before we made our mad dash for the 8:08 train.

I remember it clear as day. That look of adorable innocents masking a train of thought that ran something like this:

I 'm gonna eat you for breakfast and spit you up in curdled chunks, old man. And there ain't nothing you can do about it either, cuz', well, just look at this face.

Hurling a fountain of recently sampled breakfast right onto my lap, that normally transcendental cozy feeling I harbor for my son was disturbingly localizing itself in the seat of my pants. I held out the little clothing assassin much the way the witch doctor baboon held out Simba in the Lion King. Only I suspect Rafiki wasn't thinking to himself - oh gross - at the time.

Now, as inconvenient as the present situation was, I knew the real genius of Baby Ninja’s attack lay not in the ruined pants, but rather in the soon to follow reaction of his sleep deprived mother sitting up front. On a regular day without a care in the world, the idea of catching a train could be nerve racking for my wife, who unlike present company, long ago bought into that societal farce known as time. Not much would get done in our family within its constraints if it weren't for my wife. Personally, I'm a big believer in space, for which my wife has zero concept whatsoever. Together we make up the very essence of reality itself.

We're perfect for each other.

But back to the crisis at hand, I knew that if my wife got wind of what was going on in the backseat (literally and figuratively) before I could do something to mitigate her reaction, everyone within a 20 block radius would be in immediate and extreme peril.

However, what my little regurgitator (who wasn't born yesterday but pretty close to it) didn't count on was my Social Combat Theory training.

Conflict, generally speaking, is a very volatile thing. The untrained fears such volatility, and they should. But the the one who studies conflict, familiarizes themselves with its underlying principles and trains themselves to harness its potential, will reap the benefits of such volatility. That's what martial arts is really all about; the study of conflict and how to harness it.

For most basic conflict management strategies the approaches taught are reactive in nature: Who is my opponent? What physical, social, emotional and situational challenges do they present? Answer the questions and formulate a fitting game plan to achieve your desired outcome.

More advanced strategies are proactive in nature: Even before dealing with the opponent, try to forecast the time and place of a conflict before it arises. Or if conflict has already begun, try and predict its trajectory to determine where the next locational clash will take place. This kind of prophetic approach allows you to set the tone of the conflict before it ever begins in earnest.

Martial artists do this all the time in sparring. Faster footwork and well placed hand movements make some martial artists seem like they can read minds. The same applies to all forms of conflict; an army taking the high ground the night before a battle or the host of a dinner party setting the ambiance for an invited group of guests the morning before they arrive. In both cases the Social Combat artist is influencing and manipulating their opponents from the outset, with them being none the wiser.

So although I was thinking 'oh gross', and used similar (clean) wording to that effect when I was first soaked, I was careful to set the situational tone of what would follow by carefully modulating my vocal tone when the words finally did hurl out of me.

(Oh yeah, that's right Baby Ninja - You're not the only one who can use hurling as a weapon in this family.)

My tone was lighthearted and accompanied by a kind of self effacing laughter generally (and unfortunately) reserved for hindsight by most people - when it's easier to look back on a stressful, yet ultimately trivial event and appreciate the humor.

But fighters train for split second decisions of the moment, not for the clarity of hindsight.

By the time my wife was aware of what was going on the party had already started. She picked up on the vibe pretty quick and although she was still a little bit stressed out, she was able to laugh along with me while we both figured out what to do next Fortunately she had a healthy supply of wet wipes (greatest weapon against Naby Ninjas) with her in the car and we made do.

To sum up, faced with a spontaneous mini crises, which pop up for each and every one of us, all the time, I had two options before me. One untrained reactive reaction to the baby’s attack or one calculated proactive setup for the wife's soon to follow response. The difference between the two is the difference between falling victim to one’s circumstance and rising victoriously above it.

As a victor in this case, when we got to the station several short minutes later, I held my head a little higher when saying goodbye to my amazing wife and worthy pint sized opponent, and I strutted like the champion I felt I was to my train, and that was all the reward I needed.

... actually it was more like a cowboy mosey of sorts - my pants were still pretty wet.

By the by, if you for chance are a fan of martial arts AND sci fi, I would recomend you check out my latest book, Wave Mandate. Read the first sentance in the 'Look Inside' and if you like what you're reading, try a paragraph, page and so on. - Should you dowload it, see if you recognize the style I based the martial art on and let me know your best eduacated guess. Would love to hear from you. 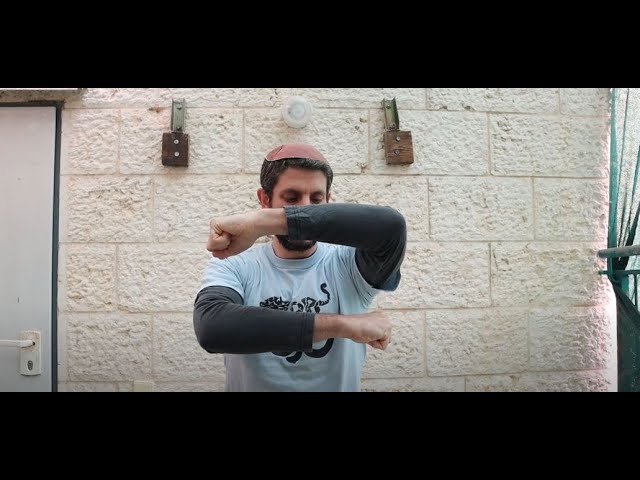 It's Good to Pivot

Kicks or Wingtips / Indie or Traditional